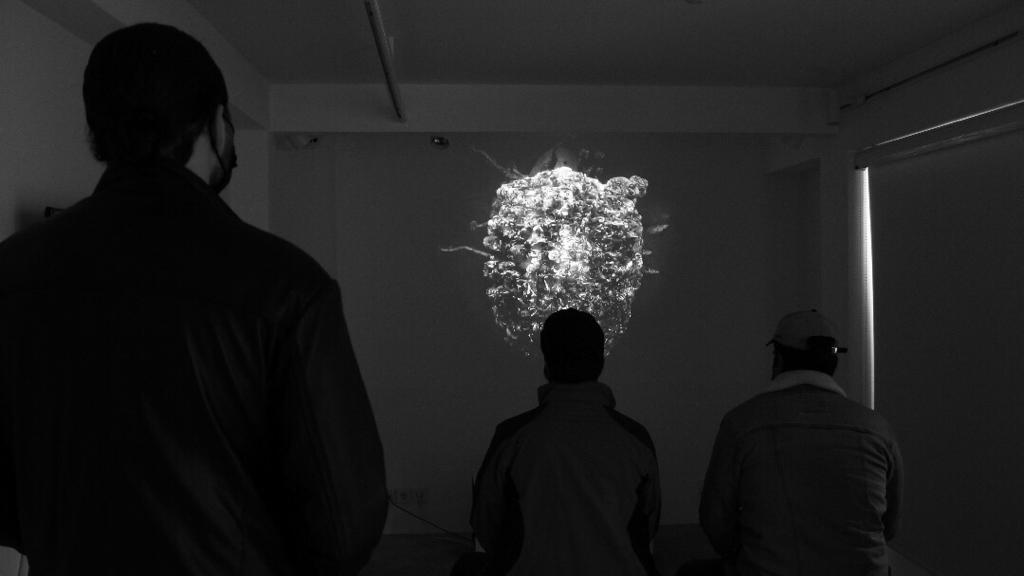 In the tenth week of Platform 101 group exhibition “Glitch; Pixel Language”, a work by Golnaz Behrouznia, an artist living in France, entitled” Morphogenic Tensions “was exhibited.

The subject of her work is the connection between the elements that exist in our environment. From the geological nature of minerals such as rocks to organic and living elements such as plants to industrial and man-made elements. The exchange between these elements and the events that can occur in the meantime is the main framework of Behrooznia’s video art.

The main issue that the artist has worked on is the tensions that can occur between elements with different natures. Glitch is used to indicate the cycle of destruction of these structured elements.

The creation of this work stems from the artist’s personal concern for the future; How we want the earth to coexist between natural, animal, and human elements in the future. A glitch in Behroznia’s work indicates how every concept is formed, established, destroyed, and reappears in this cycle.

Behrouznia works with various media. From traditional media to new digital media and their integration in creating works for her. In this work, she has worked with Zedbrush modeling, After effects, and Premiere assembly (editing) software. The video was edited by French filmmaker and editor Remy Boulnois, and the soundtrack was designed by Canadian artist Maxime Corbeil-Perron.

Behrouznia believes that the audience should abandon 3D modeling and enter the subject while facing her work. Glitching is a means for her to raise the concern of asking questions in the mind of the audience.

Behrouznia has been studying and observing topics such as ecosystems, biology, and the environment and their dependencies for many years. In her view, the artist’s lofty goal is to respond to the artist’s need of expressing and creating a special language for these subjects.