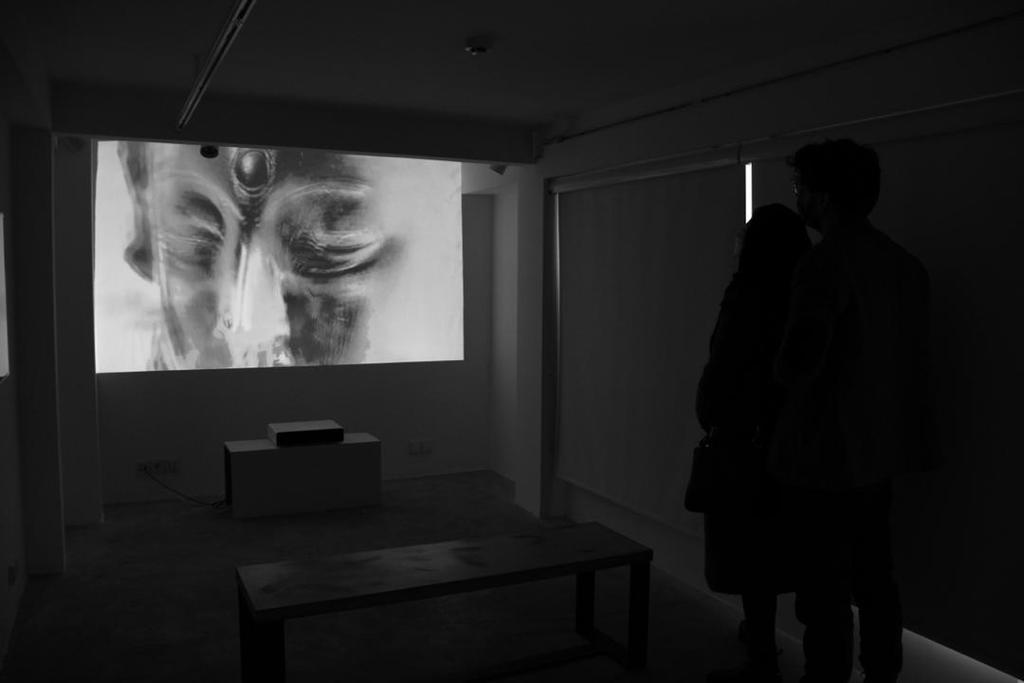 In the eleventh and final week of the group exhibition “Glitch; Pixel Language »Platform 101, Reza Famori‘s Video Art was screened under the title” Sublimation “.

Sublimation has been created by combining and matching images of two myths and transforming them from a two-dimensional photo into a dynamic and three-dimensional video image that is falling and moving. In addition to the overlap between the two myths, the pixel motion technique and the wavy motion of these pixels create an illusion and interfere with object recognition.

Reza Famori, born in 1994, graduated from the Faculty of Art and Architecture, Tehran Branch Central Azad University, and is currently a graduate student in Art Research. The form and spirit of the sculptures of the last two thousand years in two parts of ancient India and Greece and the commonalities between the created goddesses have been the most important sources of inspiration for the creation of this work by Famori.

Glitch video art show by Reza Famori in the form of group exhibition Glitch; pixel language was curated by Mohammad Ali Famori and Sadegh Majlesi in the space of 1- Bavan Gallery until Friday, March 12, 2021.