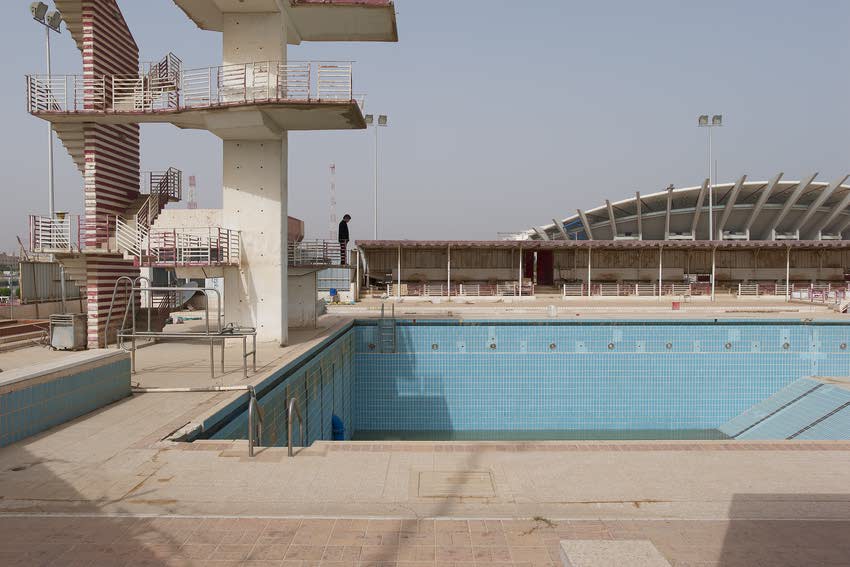 A major fault line hugs the coast of the Persian Gulf, where the Arabian plate grinds up against Eurasia. The historic rivalry between Iran and the Arab nations across the Gulf underwrites today’s increasingly tense jostling for territory, religious influence, and geopolitical dominance. New fissures have emerged in the proxy wars currently playing out in Yemen and Syria; animosity between Iran and member states of the Gulf Cooperation Council (GCC) is at an all-time high.

What better time, then, to show Arab artists for the first time in Iran? Mohsen Gallery in Tehran has taken up the historic task with “Spheres of Influence,” a group show organized by New York-based curator Lila Nazemian, on view through May 11. It seems hard to believe that works by Arab artists haven’t appeared in Tehran before—especially when the United Arab Emirates serves as the primary clearinghouse for Iranian art—until you consider just how heavily domestic their scene has been in the last century. The closest analogue was the display of work by Turkish artists at the 1966 Tehran Biennial—Middle Easterners, but not Arabs. Even the much-beleaguered Tehran Museum of Contemporary Art’s formidable collection of Western blue-chip works has remained largely unseen since 1979. Nazemian has judiciously avoided attempting a survey, instead putting together a tight five-person show. Significantly, all the artists are from either Gulf countries (Saudi Arabia, Kuwait, the UAE) or Iraq, an associate GCC member until 1990; most could not attend because of the volatile political climate.