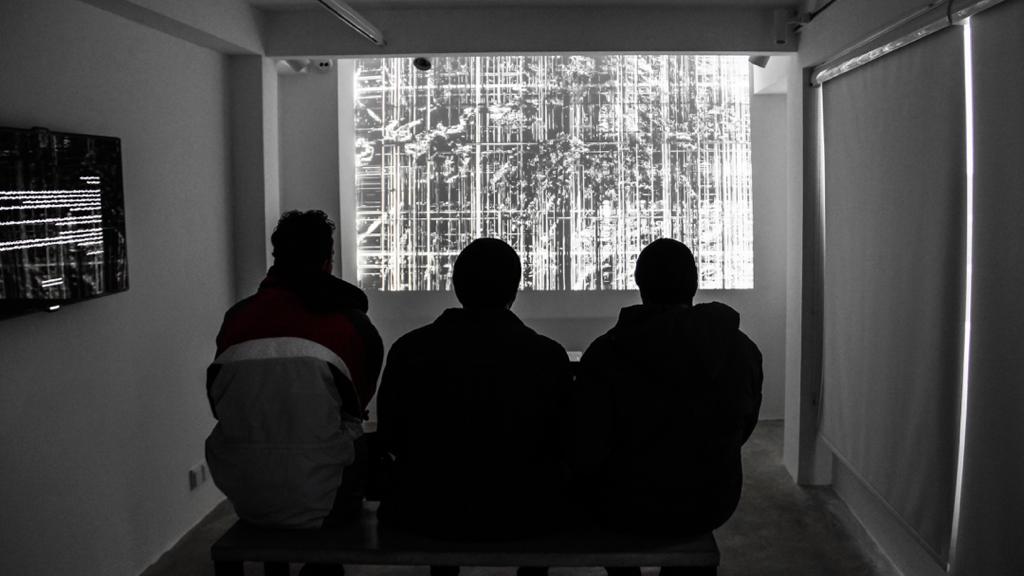 The general title of their project is Vivid Q, which Vahid Qaderi has considered for electronic and visual music set by Razieh Koushki, and Pianoise is the name of the piece from which the set is separated. The artists of this video consider making it as a visual experience in line with the feeling they have received from the music.

Qaderi has also worked in the field of film music, short animation, and games. The music of “Memoranda” is one of his works. In recent years, Ghaderi has performed several live performances in the cities of Tehran, Shiraz, and Rasht.

Qaderi puts experimental music in the direction of ambient style, but generally considers it a composite work. For Kushki, creating an image for electronic music is formed at the same time as constantly listening to that music. In many cases, he may not have an external plan in mind, but at the same time as the music is made, images are formed for him.

She has previously worked in the field of 3D animation, editing, and visual works, and since 2010 he has started making interactive visuals. In recent years, Koushki has staged several performances in Tehran and Rasht.

The image and music space have a personal feeling for Kushki and Qaderi; Which are mostly affected by the surrounding social issues. Art production for them is abstract; Which includes a combination of dreams, reality, and thoughts. By expressing these thoughts, they imagine themselves as an audience and seek clues inside the unknown that has arisen.

Qaderi listens to a lot of music and this is an inseparable part of his life with many influences that he has on Omi; Even his own previously composed music inspires him. Surreal visual spaces have always been attractive to Kushki, but he certainly does not see anything specific as a source of inspiration.

Koushki and Qaderi believe that they feel better when they work and they consider the main goal of life to be better and to share it. They do not publish until they are completely satisfied with the work.

This does not mean that they think everything should be perfect; But since working on a project may go on forever and never end, they believe they should stop this process somewhere and finish at the best point.

The glitch video art of Razieh Koushki and Vahid Qaderi in the group exhibition of Glitch; Pixel language continued until Thursday, January 1, 2017, at -1 Bavan Gallery in Tehran.