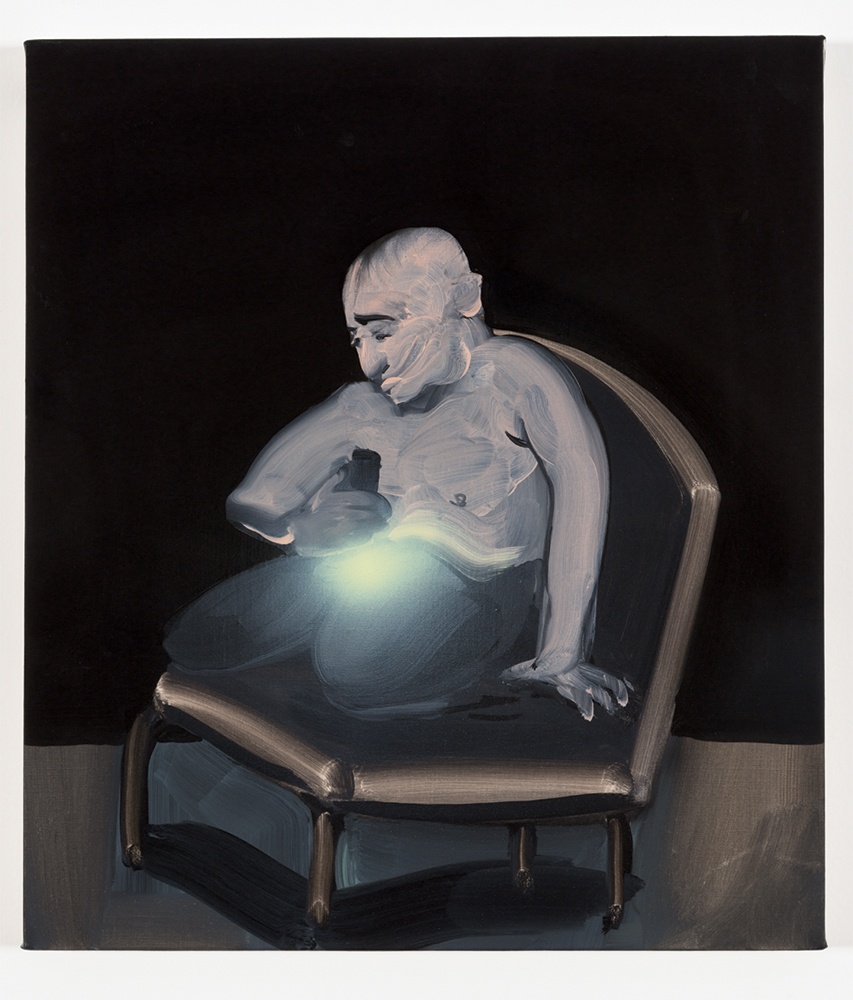 Painter Tala Madani’s show in St. Louis provided a concise primer on her work, featuring her hallmark subject: men, nude or almost so, perhaps Middle Eastern and probably middle-aged, in situations both abject and humorous. The small exhibition drew from a single body of work by the Iranian-born artist, one depicting individual protagonists against black backgrounds, emphasizing the illumination of their cartoonish forms. Among the earliest examples on view wasSearchlight (2013), in which a balding, jowly man calmly points a flashlight or a glowing smartphone at his genitals. The warm pool of light blurs rather than reveals, however. The image exposes the act of exposure, not the thing exposed.

The dozen exhibited works share a concise visual vocabulary, repeatedly portraying certain items (flashlights, scissors, golden picture frames), suggestively Christian symbols (pietà embraces, outstretched arms, bodies passing through solid matter), and settings (the omnipresent blackness, though often also gridded floors). The consistency hints at narrative unity, as if each image were a screenshot from an online gaming universe or an outtake salvaged from the cutting room floor—fragments of a world, arranged in a semblance of order, a storyboard Woyzeck.