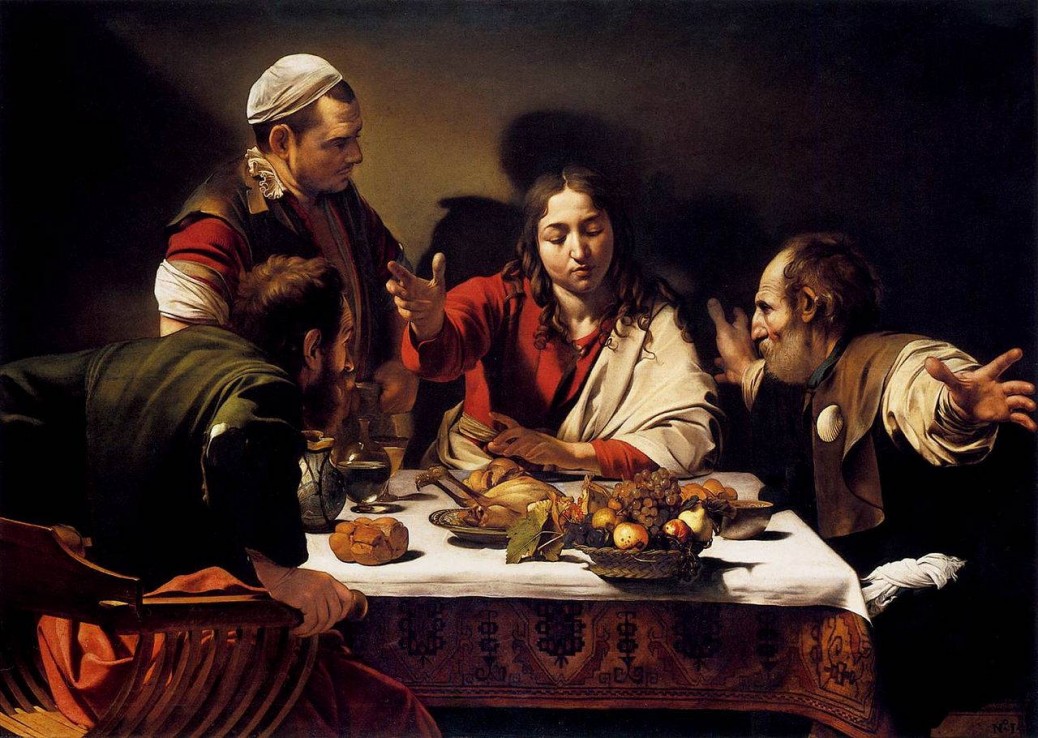 Caravaggio’s painting depicts the moment of that recognition – the two disciples are the men on either side of the table. The artist demonstrates that it is through their faith that they recognise Christ. The confused innkeeper standing behind them, in contrast, has failed to recognise Christ because he does not have faith.

Although his gesture and countenance are familiar, Christ is depicted by Caravaggio uncharacteristically – clean shaven and with no halo, stigmata, or other attribute. This may be so that we can plausibly relate to the disciples’ failure to recognise him. However, it also demonstrates how Caravaggio painted from life and used people from his milieu as models in order to give the stories of the Bible a contemporary relevance.

Caravaggio depicts three men seated around a table. At the right, one of the men throws his arms wide – his left hand thrusts out of the painting towards us, while his right hand reaches into the dark interior. At the left, a second man pushes himself back and out of his chair, and has a look of surprise on his face. A third man sits serenely at the centre of the action.

Standing behind the three seated figures is a fourth man, the innkeeper, who looks quizzically at the man at the centre, as if asking ‘What is happening here?’