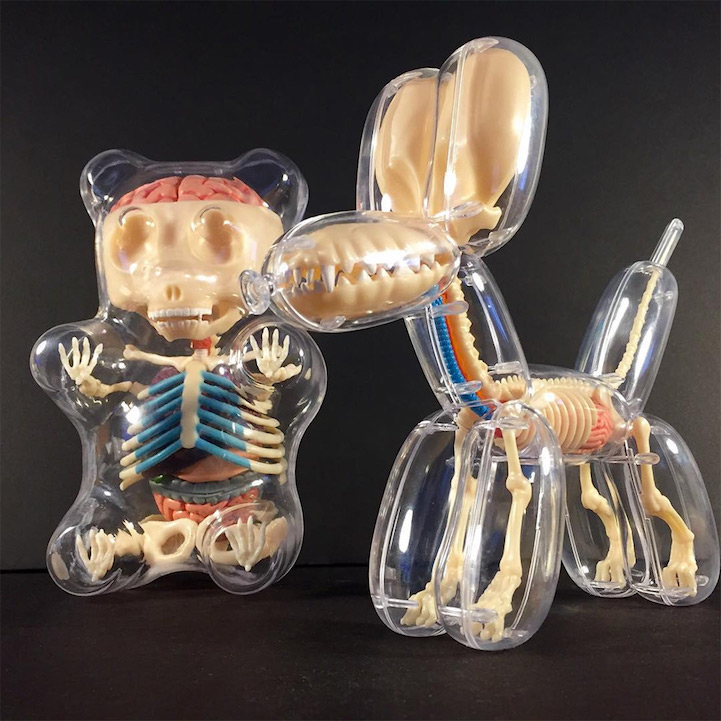 Jason Freeny has wowed us before with his toy series articulating the anatomical insides of Micky, Hello Kitty, Yoshi and other beloved cartoons. Now he’s taken on a balloon animals, creating transparent plastic shells that mimic the sausage-like shapes of a twisted (no pun intended) dog.

He’s also created an aesthetically similar take on a gummy bear, its skeleton and innards visible through a clear plastic bear shell. The toys have been manufactured on a large scale—toymakers creating casts from his models. 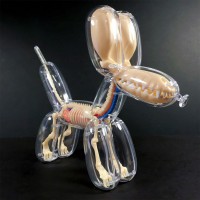 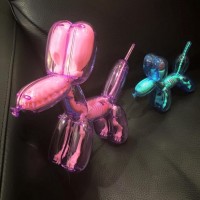 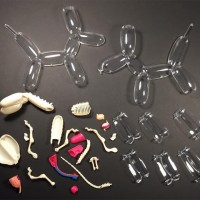 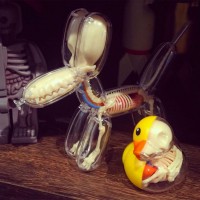