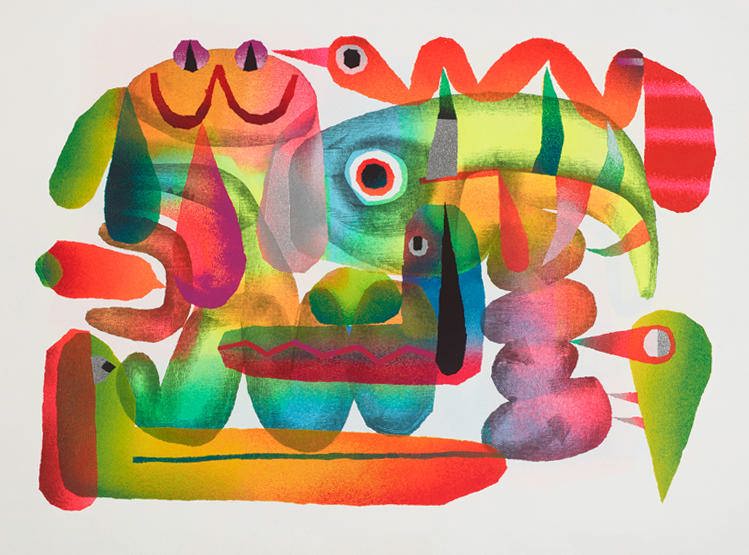 On August 27th, 205 Kong Art Space will present “Space Madness”, an exhibition of new paintings by former Juxtapoz cover artist Tim Biskup. This is his first exhibition in Hong Kong. Tim Biskup is a painter from California. He was born in 1967 in Los Angeles where he lives and works today. His interest in art took hold on a family trip to the Centre Georges Pompidou in Paris when he was a teenager where he was introduced to the work of artists like Jean Dubuffet, Arshile Gorky and Roberto Matta. He attended art school at Otis/Parsons in the mid-80s but found himself at odds with the intellectual process of art making. His most substantial artistic education took place during his six years working in the animation industry. Beginning in 1998 Biskup hosted a series of guerrilla style art auctions in bars around Los Angeles which caught the attention of gallerists and launched his career as a fine artist. In the following years his work has been shown in museums and galleries throughout the world, including Los Angeles, New York, Paris, Milan, Tokyo, Barcelona and Copenhagen. His interest in creating limited edition objects and prints has garnered him a massive following of avid collectors. At one point he opened a record store and gallery to showcase his output of music, vinyl figures, books and prints. In recent years he has concentrated mainly on painting.

With his newest series of paintings Biskup has come back to his roots. The work is bold, colorful, cartoony and emotive. He’s always felt a sort of spiritual connection to the work of Roberto Matta which is clearly a touchpoint in this collection. The stylistic similarities are there, but also a deep belief in the relevance of Jungian symbolism and incorporation of the surrealist philosophy of automatic composition. Like Matta, Biskup believes that these paintings are biomorphic representations of the artists psyche. What Matta called “Inscapes”. Another link to the artist’s past is the title of the exhibition, “Space Madness”. It’s a tip of the hat to Ren & Stimpy, an animated TV show that was instrumental in luring Biskup into the world of cartoon making. 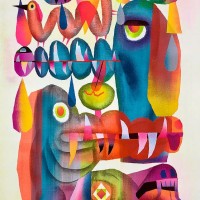 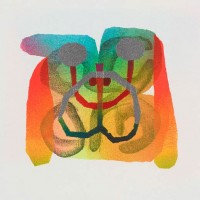 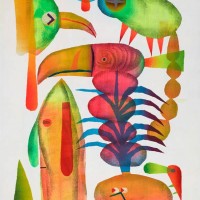 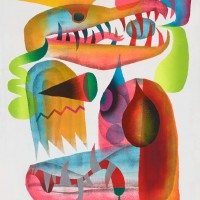 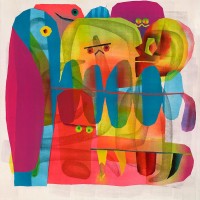 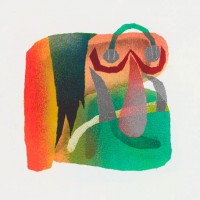 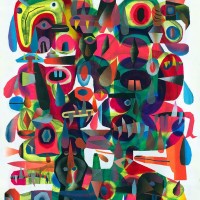 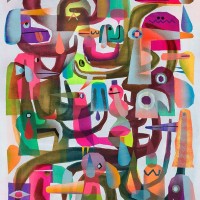 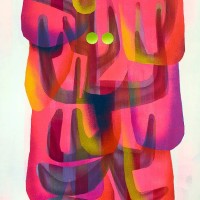 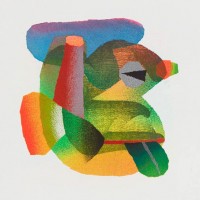