SETTING THE STANDARD FOR ARTIST ZINES AND BOOKS

Home SETTING THE STANDARD FOR ARTIST ZINES AND BOOKS 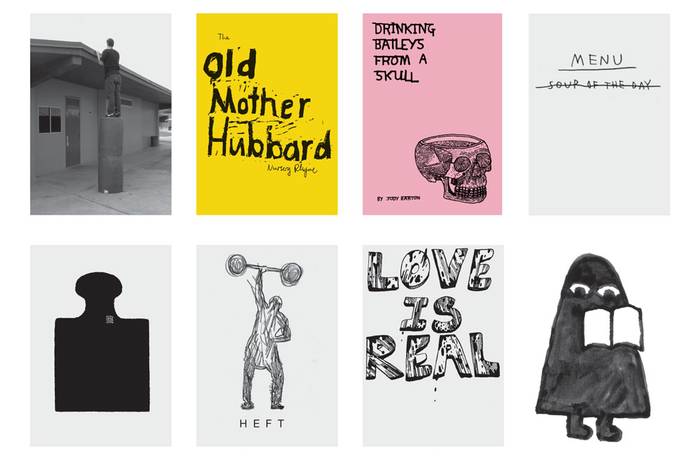 Benjamin Sommerhalder runs Nieves with his own two hands, quietly publishing artist zines and books out of Zurich. I’ve encountered his imprints so often while researching artists or browsing bookshops that his little ghost logo has become a familiar pal I’m always glad to see. Nieves is also a pal to artists Chris Johanson, Johanna Jackson, David Shrigley, Misaki Kiwai and literally hundreds more who have made exceptional editions in collaboration with Sommerhalder. 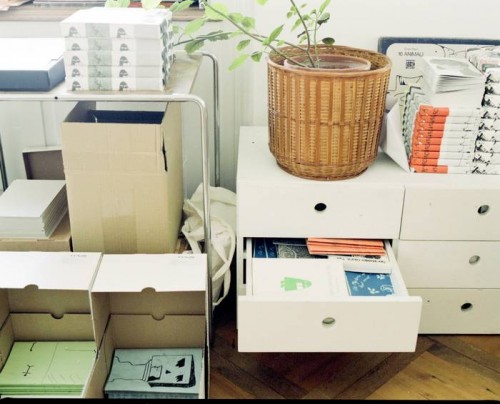 The signature, elegant publication style is best described by the founder himself, “Even if you don’t see lots of graphic design elements and the artwork credits are handwritten by the artist, it still feels like a Nieves publication because of the size and the style, even if there is no style.” His full catalogue of publications is revered and, not surprisingly, has been the subject of gallery exhibits around the world.

Kristin Farr: How would describe your taste or the common thread amongst everything you enjoy looking at?
Benjamin Sommerhalder: It’s very personal. There’s not a big concept of what gets published and what doesn’t. I like stuff that’s original. I try to find something unfamiliar, and I also like outsider art, stuff with crooked lines. I love that.

Your logo is a character from the book you wrote and illustrated, Knigi. What is it about?
It’s a story about a little ghost who gets an empty book from his aunt, and he doesn’t know how to read it because all the pages are white and blank. He tries to figure it out, and nothing works. And then he lets his imagination run free, and that’s how the book fills up with colors and shapes.

When did you write it and how did the little ghost end up as your logo?
The logo was actually first. I always felt there could be a story behind this character, so I finally realized it would be nice to do a children’s book with it. It took a few years to draw and write it.

Ghosts are fun to draw. Yours looks like a little mountain.
That’s the first time I’ve heard that. That’s quite special. There are all kinds of different things people see in this character. A lot of Americans, for example, see a character from McDonald’s named Grimace. In Europe people think of the Tomi Ungerer book. He is one of my favorite children’s book illustrators and he has a book with similar characters called The Three Robbers. I was probably subconsciously inspired by him. And then some people think it’s a woman in a burka. 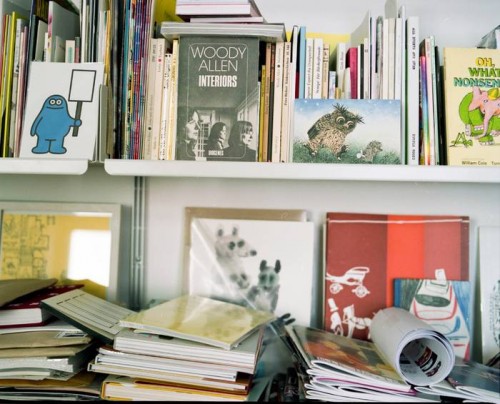 What was the first zine you published with your own art?
In the mid-’90s there was one called Ben’s Computer Drawings, and I did it on a Mac with this program, ClarisWorks. It was really basic. You put some shapes together and do really crazy stuff. That’s how it started, even though, at the time, I didn’t know artist zines existed.

How else did Japan influence you?
I’ve always been into the Japanese aesthetic, this really simple style, which also relates to the Swiss graphic design style in a way. When I went to Japan the first time, I was blown away and loved it, and kept going back. That’s how I met lots of the Japanese artists I’ve worked with over the years.

What keeps you in Zurich?
I grew up here and I can concentrate on my work. It’s so small and boring, so you can focus on what you want to do. The postal system is really great, and the public transport—everything just works, so you can relax and not worry about things. I have a little showroom where people can come in and look at things we publish. 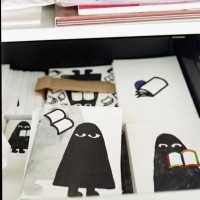 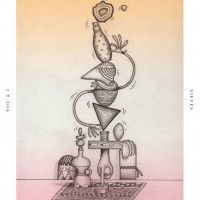 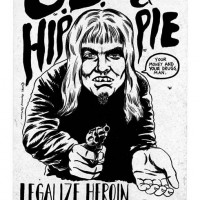 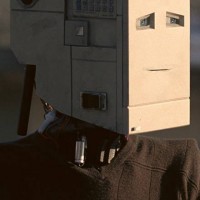 Tell me about the magazine you made before you started Nieves.
There were only five issues, and it only came out once a year. It was called Zoo, but the last two issues had different names because I had guest editors who chose their own name for the magazine as well. Aaron Rose called it Society Anonym and Nakako Nayashi, whom I’ve worked with lots of times, called hers Individuals.

What’s new this summer and fall?
I try not to talk about upcoming publications because there’s not a big schedule. Things just come out when they’re ready. But there’s some exciting stuff in the works. There’s something new coming up with Stefan Marx. We’ve worked together many times on zines, books and exhibitions. I plan to be at the New York and Tokyo Art Book Fairs in the fall, and we’re also working on a children’s book.

you can find this article in juxtapoz