It was a subject Cranach painted many times: Cupid, having stolen honeycomb from a tree, has been stung by a swarm of angry bees. Disconsolate and still clutching the honeycomb, he looks up to his mother Venus for comfort. She, however, seems to have little sympathy and instead directs her attention towards the viewer of the painting.

This version was painted around 1525. The subject is based on a third-century Greek poem by Theocritus, in which Venus unsympathetically laughs at her son, Cupid, when he tells her that he has been stung. She likens the bee stings and their pain to wounds he inflicts when he shoots people with his love arrows. The inscription in the top right of the painting refers to the poem, “life’s pleasure is mixed with pain.” 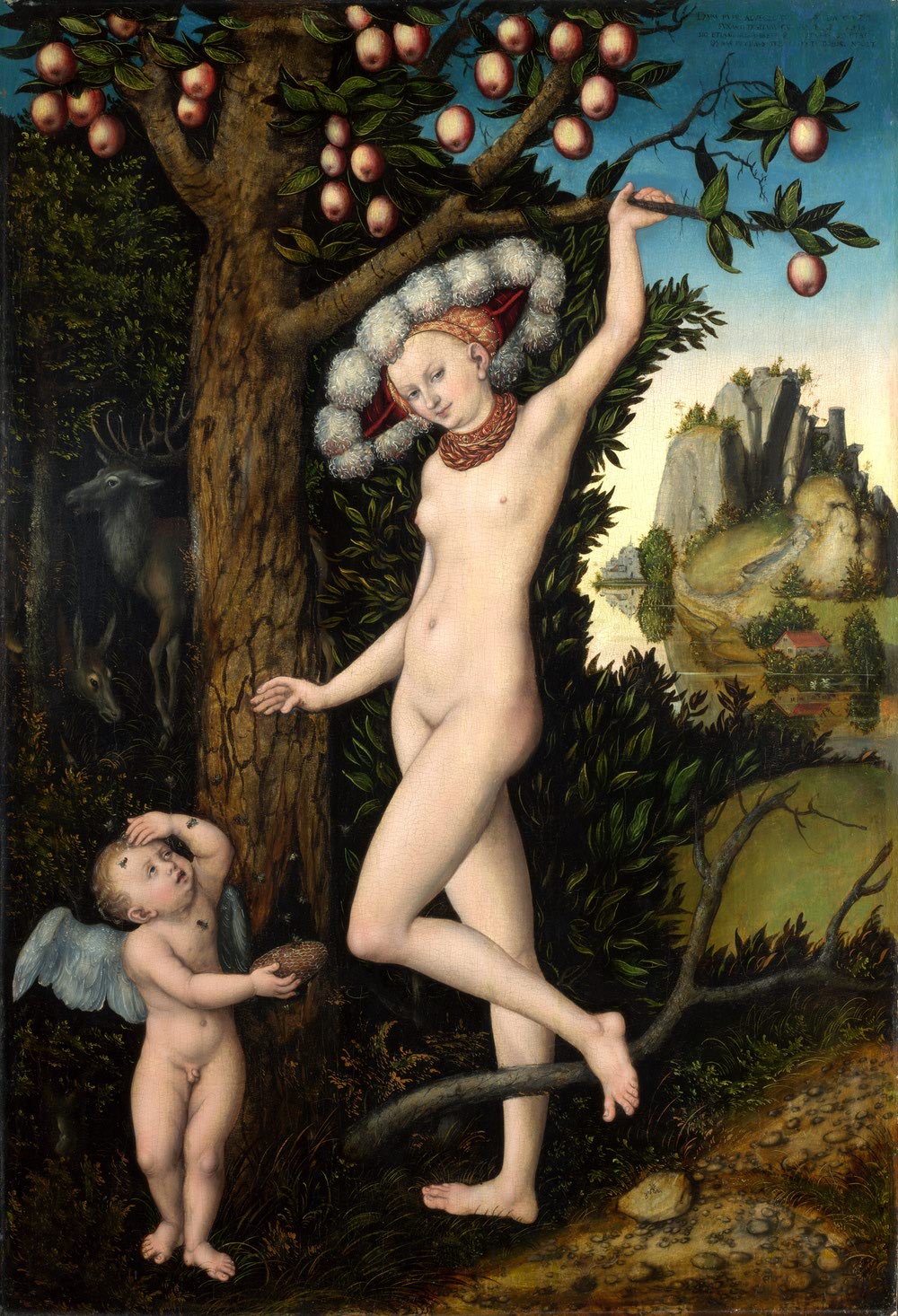 The tree, heavy and ripe with apples, may also be symbolic. The manner in which Venus grasps the branch is perhaps a deliberate and purposeful reference to the temptress Eve and forbidden fruit. The apple is also often associated with Venus and another love story wrought with pain: the Judgement of Paris in which Paris presents Venus with the golden apple and is promised the love of Helen in return, thus sparking the Trojan War.

By directing Venus’s knowing gaze at the viewer, is Cranach evoking collusion – implying that she shares the moral with the viewer? Or is he warning them against temptation?