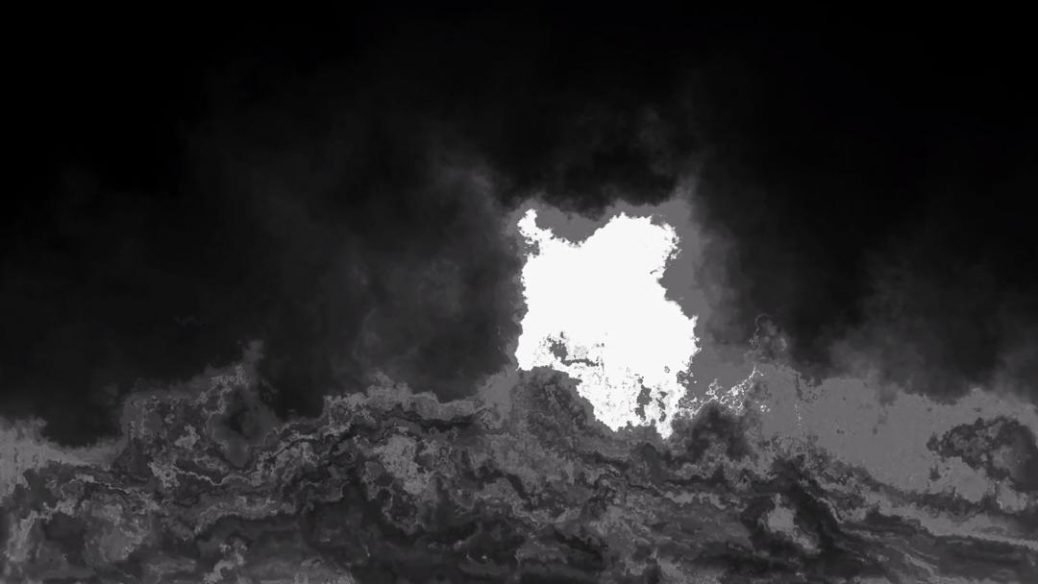 The prologue of the title of Glitch Video Art by Behrouz Farahani and Hossein Pour Ismail in the group exhibition “Glitch; Pixel Language »platform 101 is in the space of -1 Bavan gallery.

In Prologue, we encounter elements such as light, fog, and absolute darkness. Farahani and Pour Ismail want the audience to consider the images as a prelude to meeting and being born. With the publication of images, the breadth of the game between life and death, along with the creation of space and many changes, is visible to the audience.

The artists used NASA video images of the sun and starbursts to capture the fetus, as well as brain scans using personal experimental techniques using tools such as Premiere and Audacity.

According to Farahani and Pour Ismail, the story of Prologue was created after the work itself was formed. First, an audio file was created by Behrouz Farahani, and then by opening the file as HEX CODE, they reached a series of numbers and letters. Numbers were placed for the letters obtained for each letter in the English alphabet (for example). A = 1 and B = 2).
The following are several lines of number strings as follows:
000007400 42 52 90 44 44 54 53 53 20 20 20 20

They then created a gradient file from white to vertical black as the image source and translated the resulting string into Premier software.

After this step, a 13-minute video file was obtained that was surprisingly perfectly compatible with the audio file without the slightest interference. In fact, this video honestly represents the moment of the creation of music without any shortcomings, and because this section of life with the assumption that “it is part of the whole” covers the whole life.

This video shows all the mazes that we have all experienced and will continue to experience throughout our lives, and to show this as much as possible, the artists divided the video prologue into five parts, each part of which is a corner. It represents one of these ups and downs.

Part One: Prologue
“The light that tempts you and draws you to itself. “You are forced to do something and it disappears just when you start working.”

Part Two: Construction
“In this part, you find yourself in the middle of death and you start to build something and define the surroundings for yourself; Because you are disgusted and incapable of fully understanding the environment! ”

Part Three: Destruction
“Here you decide to destroy everything you have built so far and free your mind from the chains you have attached!”

Part Four: Nothing
“You still do not reach a clear point, you become nothing, you become absurd!”

Part Five: Vain Efforts
“As you fall into the corner of the ring, you stare around and enjoy the sweat pouring into the tulip. You understand that life was like this: “seductive and absurd,” but you do not regret your presence. “

Living in the moment is a fundamental issue of the voices we hear. The people we see every day have a glorious process and at the same time a desperate effort to be born and to survive. The triumph of darkness over light is the greatest hope of despair that forms the general meaning of the prologue.

Prologue artists reject the notion that the production of a work of art originates without individual and social function, and ultimately see prologue as part of the way of life.