A Dialogue with Nature: Dennis Oppenheim at Storm King

Home A Dialogue with Nature: Dennis Oppenheim at Storm King 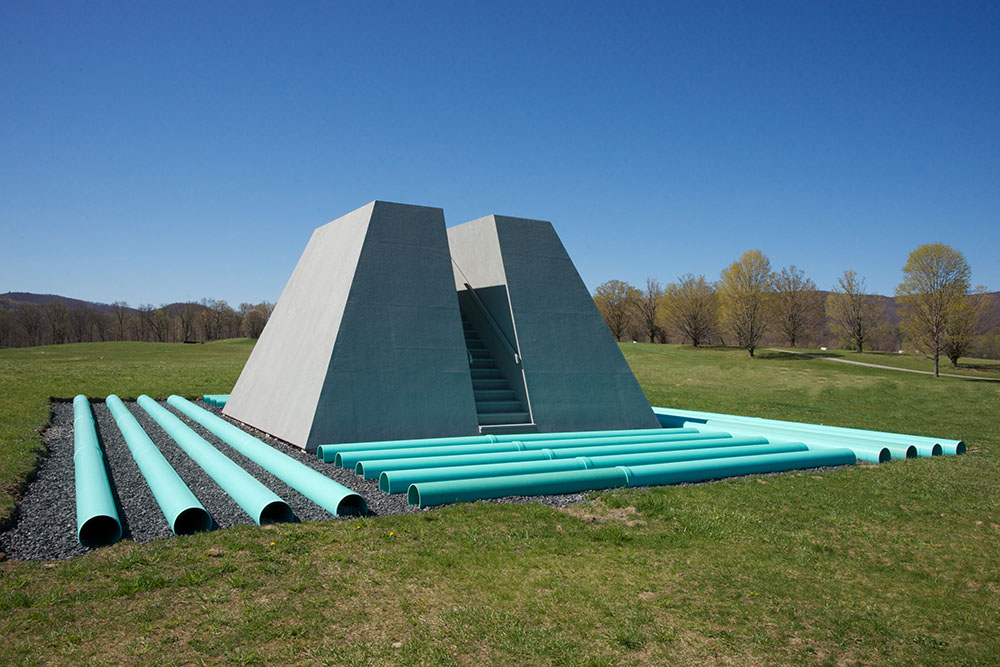 Nature has always been a source of inspiration for artists, and landscape remains a favored subject for many. In the late 1960s, a group of artists, including Robert Smithson, Walter De Maria,Michael Heizer, and Dennis Oppenheim, among others, came up with the revolutionary idea to consider land itself as a medium, inherently laden as it is with cultural and historical significance. In an effort to move art away from the commercial machinations of urban galleries and museums, these artists made various alterations to remote outdoor environments. Some of these efforts entailed only subtle interventions—a rearrangement of twigs and stones, for instance; others employed bulldozers to move massive amounts of soil and rock, thereby creating new landmarks, or Earthworks, as they were called. Often, few people ever saw these ephemeral artworks. And if they lacked photographic documentation, there would be no record of their existence, save by word of mouth.

One of the most restless and innovative of the group, Oppenheim transplanted himself from the Bay Area to New York in 1966 to become a pioneer of Earth, Body, Conceptual, installation, and video art. Eloquent and charismatic, he was one of the few who would convincingly and seemingly effortlessly traverse these genres in his wide-ranging projects. “Dennis Oppenheim: Terrestrial Studio,” this summer’s major exhibition at Storm King Art Center in New Windsor, New York, focuses solely on the artist’s unique engagement with the land. While not a full-scale retrospective, it examines how his approach to nature evolved over the course of his career. The show constitutes the first posthumous solo exhibition for the artist, who died of cancer in 2011 at age seventy-two, and the first US museum exhibition of Oppenheim’s work in nearly a decade.